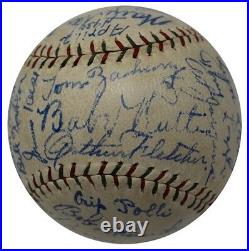 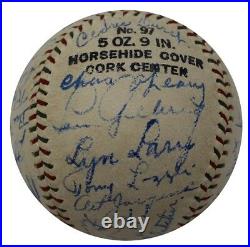 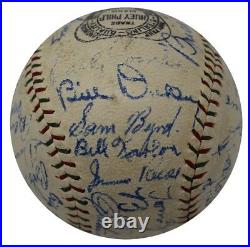 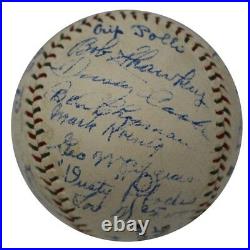 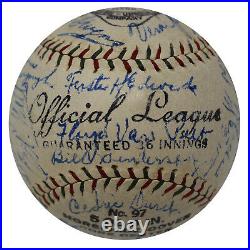 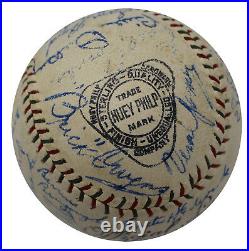 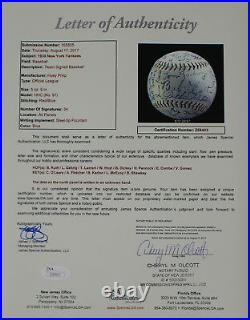 The original owner's grandfather had waited for the Yankees team at their hotel and was able to get an incredible 34 signatures on the baseball making this baseball one of the most complete, if not the most complete 1930 Yankees Team signed ball ever offered for sale. The signatures are in strong blue fountain pen across every square inch of the leather baseball panels. The baseball features all of the key signatures and Hall of Famers and some very rare names as well that aren't often found on Yankees team balls during this era. Many 1930's Yankees team signed baseballs will feature 10-15 names, or perhaps even 15-25, however, this baseball has nearly twice more than the names usually found on the higher side.